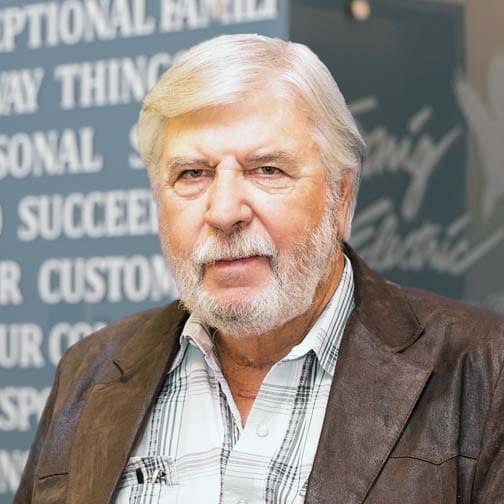 Pepper Snyder, chairman and CEO of Sprig Electric, started the company from scratch in 1970 with a $3,000 loan from his parents and an office in their vacant family room. Sprig Electric now ranks among the largest electrical contractors in California and employs over 800 people.

Pepper has led the company to superior growth and success through his approach to the business, which includes an uncompromising commitment to customer service and satisfaction. Pepper’s character, combined with his keen ability to recognize the evolving needs of the construction industry, make him a great leader.

As chairman and CEO, Pepper has assembled an executive leadership team that brings an innovative approach to overall operations. Pepper has entrusted this team with continuing to build upon the legacy he founded four decades ago.

Pepper is well-known for his humble character and environmental involvement with the Grassland Water District, where he has served as president for over 30 years. Pepper serves on the National Board of Directors of Ducks Unlimited and is a member of the California Waterfowl Association, where he has served as a Director. He has received several awards for his work and dedication in defending the Grassland Ecological Area from urban encroachment. Pepper is also a member of the Board of Directors for The Santa Clara Valley Chapter of the National Electrical Contractors Association (SCVNECA).